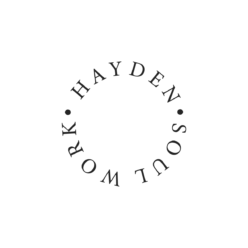 MAY I SERVE YOU?

This is step four of five to self-healing — for ourselves and the others and for our beautiful planet earth, Gaia.

Guess what, life is a kaleidoscope. And guess what else the same life looks different from every other perspective we choose. It is only a matter of the way we perceive it. It is only a matter of the stories we tell ourselves. Means, that there can be a world without any problems, without crises, without worries. There can be a life in which chances, adventures and unknown joys wait for us. And if we look closer from this rather new perspective, we realize that our life is comparable with a treasure hunt. Find the treasure. Now. Here. In the same world in which we are living today.

As simple as this sounds, as difficult this state of being is to be reached. Yet, once we have accomplished to not only become aware of this new idea, once we truly believe in its possibility to come about, and once we live it, we learn with each stone which is thrown in front of our feet along the way, that those challenges that we have called problems until now, can be picked up and turned and looked upon from all sides.

The treasure can be seen as a metaphor. The metaphor for the resource which is hidden in the challenge or for the strength that we gain after having survived a crisis. This means that we need to support the others in going through their struggles by offering them as many perspectives as possible and by giving them the opportunity to approach us whenever they are taking the courageous risk of dealing with their struggle once again from a new point of view. Until, at one point, maybe after short moments or after years, they have found it. The treasure.

Just like Till, one of my clients. Till is 41 years old and a year ago, he introduced himself to me like this: “I suffer from a chronic inflammation of the intestine. The cause is unknown. Doctors diagnosed Crohn’s disease. Abdominal pain and diarrhea are part of my daily companions, sometimes I rush to the toilet ten times in the morning and back before I dare to go to the office. It is incredibly painful and I have developed a strong compulsion, cannot deal with dirt and wash my hands constantly.”

His system told me that Till was making himself deliberately small. He was hiding. When I translated these words to him, Till got mad. “How shall I be able to show myself? Why should I allow myself to be a neurotic with an irresistible need for washing my hands? You should — instead of whispering with my body — rather heal my intestine.” I had no choice but telling him that his intestine was healthy. When I kept silent and worked on his body, Till went into thinking and said all of a sudden, that I was right. He was smart but was afraid of being chosen for a leading role in his company. He did not want to decide for a whole team in fear of making mistakes. His intestine, we found out, pretended to be ill for the purpose of allowing Till to stay small.

Till found the treasure behind his illness. He dealt with the struggle of taking over responsibility beautifully. He started talking to his intestine and then to his whole inner kingdom. He became the leader of his team at work and of his “inner team” and he became father of a precious daughter. Today, he has no health issues any more, he is grateful and humble and very attentive with himself. The treasure is not one but many.

So, what is your struggle at the moment, dear human friend? What is the hidden treasure? Do you need support in turning the challenge around? Do you need another perspective? Then go and ask your friend, your neighbor or even a stranger. If they have read and are embodying Lesson 1, 2 and 3 by now, they are already awaiting you with patience, ready for actively listening and supporting you in forgiveness. Nothing is as easy as finding the treasure together with them.

The treasure is the key.

This was lesson 4. And it is the fourth step into self-healing by going on a treasure hunt. We are now ready to rumble. We are the treasure. And all we need to do now, is being grateful in lesson 5.

With a deep bow. Princess Gaia.